This article features the incoming president of MSNS, Andrew W. Parks, DPM. Andrew was born December 12, 1948, in Wyandotte, Michigan, a suburb of Detroit. W hen he was five years old, his family moved to Detroit, where he grew up. He graduated from Mumford High School in Detroit in 1967. He continued on to college (1967 - 1970) and the Illinois College of Podiatric Medicine, which was located in the North Loop of Chicago, Illinois (1970 - 1974). He enjoyed school immensely.

Andrew began collecting coins at age 8 or 9. His father was a collector who filled folders and made sure that his children would have some of them. The 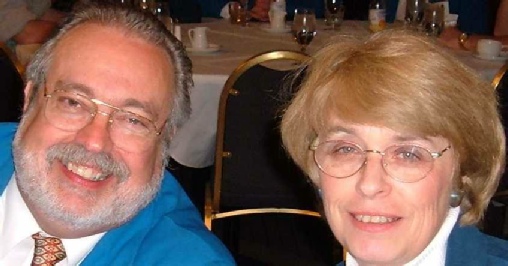 first type of coin that Andrew collected was the Jefferson nickel. His father would help him find the ones he needed. Unfortunately, he stopped collecting at age 10 or 11, and left the hobby until he was an adult. When Andrew was about thirty years old, his father gave him his own collection. Although it was quite large, there was not much of great value, according to Andrew. There were many half-dollars, such as walking Liberties, Barbers, and Franklins. There were also quarters, such as standing Liberties. As he went through the collection, Andrew found many coins that were misfiled, such as a 1921-D Walking Liberty half dollar that was in the wrong coin holder. He had several red books, and Andrew was going to throw the older one away, figuring it wasn’t worth anything. It was a first edition--1947. His wife said, “This is interesting. I think we ought to keep it, and this way you can look back and see what things cost back then.” Years later Andrew still has that book, which turned out to be valuable.

When he joined the Royal Oak Coin Club, he met an older collector named Joe Newman, who collected mainly Canadian coins. This man inspired Andrew to become more involved in collecting. Eventually, Andrew became president of the Royal Oak Coin Club in 1979. Andrew considers himself a collector, not a dealer, although he does occasionally sell some of his collection in local shows and clubs. This isn’t a business for him. He was president of the Royal Oak Club twice, and has served on the MSNS board since 2000. Andrew enjoys his participation in clubs, judging, and being a member of the Exhibit Committee. He is now the new president of the MSNS and says he is “ready for the challenge,” and hopes to bring new ideas for the club's continued success.

Andrew thinks that the club is going in the right direction with its emphasis on education. This “is an important component to the growth of the hobby.” Andrew brings up the point that people are sometimes afraid of new educational experiences, because they associate them with being in high school, being tested, etc. He feels that any new experience is educational. One thing people should get out of belonging to any club, whether local or regional, statewide or national, is taking the next step and learning about something new. In Andrew’s words, “This is how people grow.”

As far as interesting finds, Andrew used to go to the bank and purchase rolls. Every once in a while, he would find an Indian head penny, a silver quarter and such, but “nothing to jump up and down about.” He did find a 1938 half dollar once.

Now that Andrew is retired from podiatry, he continues to collect coins. He now collects early dollars. He thinks that he will do his first exhibit on early U.S. dollars. He already has a few of them in his possession. Genealogy is another interest that he has returned to now that he has more time. Andrew discovered that his great-grandfather was involved in the Free Silver political party. This party was active in the late 1800's. There is an article in the New York Times that described how his great-grandfather and several men took a block of silver to the Denver Mint and demanded that it be made into silver coins. The Mint refused. He then sent a letter to the head of the Mint, and was turned down again. Subsequently, he sent a letter to the U.S. Government, and his request was again denied. The group eventually took the matter to court. It was scheduled to be heard by the Supreme Court, but the party eventually was dissolved, and they dropped the matter. They did not think it was important to pursue any longer. Andrew feels that the effort to have the block made into coins was a political ploy to further the interests of the silver mine owners.

His advice to collectors is to first join a club - regional, state, and/or national. Meet people and hear their ideas. Secondly, educate yourself - read. Make yourself knowledgeable. The hobby has a lot of nice people to talk to. Dealers will help you learn what to buy, what to look for, etc. Sometimes you will make mistakes, but you’ll learn from them. Don’t be afraid to try something new. “The mystique of collecting is not knowing what awaits you down the road.”