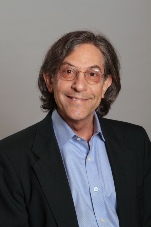 Theodore Roosevelt's "pet crime" was to improve and redesign the "ugly" United States coinage of the day. This talk will focus on the issue that 'if it wasn't for the Panama Canal, there would never have been our Lincoln cent.' Coins and medals of TR and their history (with a emphasis on the Panama Canal) will be presented. Also, Lev will explain why TR didn't think we should have the name of G-d on our coins.  The unique Lincoln pattern of 1909 will be viewed. A "show and tell" of some of these coins will be revealed at the conclusion of his lecture.

Lev (Edward) Linkner , MD, has been a coin collector since he was 6 years old. His present favorite areas of interest are U.S. patterns and trial pieces, so-called dollars, tokens, medals and "anything weird". His professional website is www.DrLinkner.com. 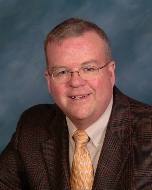 Dave’s collecting interests of copper and iron mining paper, scrip and national currency began while he attended Michigan Technological University in Houghton, MI. He has accepted a challenge to complete a book on Michigan’s copper and iron script which commenced under the guidance of  Ms. Judy Davis and Mr. Chester Krause. Dave has authored articles for The Ragpicker and the SPMC magazine.

Dave has presented at a few local coin/currency clubs in Michigan, is a member of  the Paper Money Collectors of Michigan, the Society of Paper Money Collectors, the Michigan State Numismatic Society and the Central States Numismatic Society. He has won various exhibit ribbons from both the MSNS and CSNS including the Wally Lee Award at the 2010 MSNS. 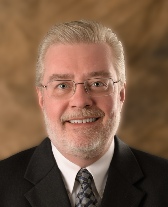 The 17th century saw the creation of the first banknotes and production of the world’s largest coins, up to 44 pounds. Few realize that the Swedish Empire once covered nearly half of Europe. War and conquest brought economic hardship that demanded creative monetary solutions. This included the world’s largest coins, known as Plate Money, and the first nationally controlled central bank, which issued the first banknotes. Today, Plate Money is a niche collecting area enjoyed by numismatists worldwide and from a variety of specializations.

This presentation will follow the evolution of the coinage and economic conditions during the period of Swedish conquest, how plate money was minted and used and its relationship to the first banknotes.

Mark Karl Johnson works as a designer of actuarial valuation software systems for a pension consulting firm and has a degree in actuarial science and economics from Eastern Michigan University. In his spare time he pursues a variety of numismatic interests including an expertise in Swedish copper coinage and maintaining the informational web site swedishcoppers.com. 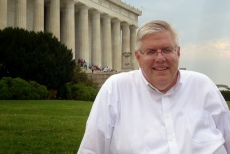 As World War I dragged on, a shortage of small change developed throughout Germany.  Municipalities, states, and private firms attempted to fill the need for coins by producing “emergency money” from materials such as paper, metal, porcelain, and  some even more exotic.  This presentation will focus on coins struck in metal and other materials.  Coins issued after the war for collectors and during the hyperinflation period will also be reviewed.

Jim VanderRoest has been a coin collector since the age of nine.  He is an attorney in private practice in Kalamazoo, and is the President of the Kalamazoo Numismatic Club.  He is also a member of the ANA and MSNS, and a show helper with B&B Coins of Portage. 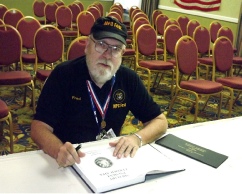 Fred Schwan is a long-time and serious numismatist. His most serious pursuits have been in the realm of military numismatics. This is a broad field that includes paper money, coins, military medals and decorations, trench art and more. With regard to these pursuits, he is the author (with Joe Boling) of the
standard reference book on the subject: World War II Remembered.

For most of the past (nearly) fifty years, he has concentrated on all of the above things with regard to World War II. Because of the centennial of World War I, the Great War, he has been concentrating on the coin trench art of that war for the past few years. At the MSNS convention, Fred will show a remarkable array of World War I coin trench art.  Schwan has received many awards from numismatic organizations:  American Numismatic Association Numismatist of the Year (2015), Medal of Merit (2013), Smedley Medal for service, Heath Literary Award, President's Award (twice), Honorary Doctor of  Numismatics Degree, Numismatic Literary Guild Book of the Year (twice as author and publisher), Numismatic Ambassador, Numismatic Literary Guild Clemy (highest award), International Bank Note Society Book of the Year and many other writing awards for articles and IBNS Hall of Fame inductee 2018, Society of Paper Money Collectors Hall of Fame Inductee, MPCFest Lifetime Service Award

Despite only a 10 year run, the silver dollars of 1794-1803 have captured the imagination of collectors.  They are among the first silver coins minted at the fledgling US mint. Many of the design elements were punched into the dies by hand leading to 116 die marriages including three major design changes.  They also exhibit evidence of early mint processes such as sliver plugs, used to correct underweight planchets.  We will present new data regarding the distribution of the silver plugs over the various die marriages and discuss the evolution of this short lived process in 1795.  We will also discuss the major varieties of the Flowing Hair and Draped Bust dollars, including the evolution of the designs.

Andrew C. Kolbert, Ph.D., M.T.M has been a student of numismatics for 30 years and is the President of The First Dollar dealing in quality coins of the United States.  Dr. Kolbert earned a B.S. in Chemistry from the University of Chicago, a Ph.D. in Chemical Physics from M.I.T., and a Masters in Technology Management from the Stevens Institute of Technology.