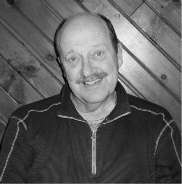 This month’s column features a self-described “average guy, average collector, average dealer”--Terry Buit.  I caught up with Terry at a deli in Lansing.  We sat together with his wife, Linda.  I have known Terry for several years, as he came to do business with Liberty Coins.  Terry is a down-to-earth guy, intelligent and modest.

Terry was born in Muskegon, Michigan in 1947.  He started collecting coins when he was twelve years old, as a result of boredom.  His dad suggested he start a collection of some sort--stamps or coins.  There weren’t any stamps in the house, but there was a jar full of coins.  Terry went to the jar of coins and found a 1911 penny.  There was a squiggly mark underneath the date, which he could not decipher.  He later figured out it was an “S.”  In all the years since, he has never found another coin like it in such good condition.   Maybe this was beginner’s luck.   He then went to the bank and went through one penny role after another “until the bank got sick of me.”

In the 1950s he wasn’t interested in silver, as silver coins weren’t a big deal back then.  He recalls his childhood as a good one--”good parents, good siblings, good friends...active in sports.”

Fred Riekse from Freeport was Terry’s mentor his “numismatic father.”  Terry said that Fred took him under his wing, taught him a lot and treated him kindly.  Terry really missed Fred when he passed away, and misses him until this day.  Fred didn’t have a store, but was a private dealer.  Terry also noted that Alan Beagle from Liberty Coins is his second mentor.  Alan helped him quite a bit in his business.

Terry’s step-grandmother had over $100 in silver dimes.  At that time a silver dime was worth about 12 cents, 20% over face value.  There were Roosevelt and Mercury dimes.  She told Terry he could have them at face value.  He picked out everything he wanted for himself, and there were many duplicates.  In 1970 he decided to join the Grand Rapids Coin Club, and started selling his duplicates there.  With the money he made, he bought other coins.  He has been buying and selling ever since.

As Terry doesn’t have a store, he calls himself “a small fish.”  His customers are private customers and he does weekend shows.  He has been able to do some bullion deals.  Business in collector coins is down.  He is still selling them, but at a significant discount.

When asked what accomplishments he is proud of, Terry said that he has a BA from Calvin College and a masters degree in Social Work from Western Michigan University.  He has run in three marathons.  Terry is also proud of the fact that he and his wife, Linda, have been married for 40 years.  They have two children and six grandchildren, who they enjoy very much.

Larry was Inspector for Adult Assisted Living Homes for 27 years for the state, until he retired.  Coin dealing was a part-time job while he held this position. These days Terry spends a lot of time with his grandchildren and with the coin business.  He volunteers at a food pantry one day a week, as well as delivering bagels for a bagel company.

Terry has been a member of MSNS for about 25 years.  His advice for young collectors is:  “Read all you can.  Pick an area you like and specialize.  Start slow.  Don’t go crazy.  Don’t spend a lot of money at first.  Go to shows, look around, find the best deal but start slow.”  To general collectors he’d say the same thing.  “Enjoy yourself.  This is not supposed to be work.  Don’t go crazy financially.

The best coin he ever sold was a $20 high relief St. Gaudens in MS 65.  It was sold for $27,000 in 2003.  Coincidentally, it was sold to Liberty Coins. Terry likes to stay in the Midwest for shows, doing about 20 shows a year.  Linda sometimes accompanies him to help and shop.

Describing himself as “not too avid a collector,” Terry collects Carson City coins, early half dollars and nice silver certificates.  He sold his extensive half dollar collection about 13 years ago.

Terry says he’s made a lot of wonderful friends through coins.  He likes “history, coins and making a profit.”  His goal is not to be the biggest coin dealer, but to be the happiest coin dealer.  He thanks the Lord for sending good deals his way.

One more bit of advice has Terry for others:  “Find dealers you can really trust and stick with them.”