Mark Benvenuto - Using X-rays to tell just what your coins are made of.  Friday   11am - 12pm  Macomb Room

Coins today are made with extremely precise metal formulas, and quality control is rigorous.  But throughout history, this has not always been the case.  Analyzing ancient and medieval coins by X-ray – with what is called an energy dispersive X-ray fluorescence spectrometer (EDXRF) – can tell a great deal about what metals are actually in a coin.  Interestingly, such an instrument can also tell counterfeits in many cases.  This talk will be an easy-to-understand seminar about how XRF can be used to help us learn more about our coins, be they ancient or modern. 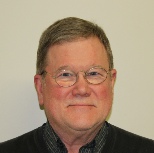 The Two Cent Piece, introduced in 1864 and minted for only nine years, is one of the shortest US series.

Wildly popular at its introduction, it’s acceptance waned quickly after 1865 at the introduction of the shield nickel.  The Two Cent Piece is the first coin to carry the motto “In God We Trust.”  It’s also one of only three US coins that does not bear Liberty, a person, or an animal.

Come learn about this fascinating, easily collectible set from John Twist of Grand Rapids, Michigan, who had the PCGS “All Time Finest” Two Cent set in 2009.  He will regale you with stories of the Two Cent’s birth and introduction, of James B Longacre and Salmon Chase, of the Civil War and government ineptitude, as well as grading and a study of the coin itself.

Patrick A. Heller is the owner emeritus and communications officer of Liberty Coin Service in Lansing, having been an owner from 1981 to the end of 2014.  He began collecting coins in 1964 but first became a certified public accountant before buying Liberty.

Pat used his accounting skills to lead the effort that gained a Michigan sales and use tax exemption on rare coins and precious metals in 1999.  He then documented that the Michigan Treasury increased its overall tax collections after the exemption took effect.  His research was later used to help win coin and bullion sales and use tax exemptions in Iowa, Pennsylvania, South Carolina, and Nebraska, and to expand existing exemptions in Louisiana, Texas, and Oklahoma.  This year his research was used for legislative passage of exemptions in Virginia and Indiana, which (as of late March) had not yet been signed by the respective governors.

Pat has written the monthly newsletter, Liberty’s Outlook, for more than 20 years.  He also is a regular contributor to Numismatic News, Coin Week, and to other publications.  He writes a bi-monthly column on collectibles for The Greater Lansing Business Monthly.  Pat produces two commentaries weekly on 1320 WILS AM in Lansing titled “Things You ‘Know’ That Just Aren’t So, And Important News You Need To Know.”  These commentaries have earned Numismatic Literary Guild awards three times.  When time permits, he also produces a show called “Dollars And Sense” for the internet radio station MichiganBusinessNetwork.com, with a heavy numismatic and precious metals content.  He has also given presentations at several numismatic conventions across the country.

Pat serves the hobby and industry in multiple capacities.  For the American Numismatic Association, he is the co-chair of the Finance and Budget Committee.  For the national coin and precious metals dealer association, the Industry Council for Tangible Assets, he is treasurer and a member of the board of directors.  For MSNS, he is the long-time Elections Committee. 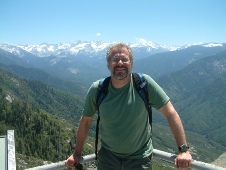 Peter is a pathologist who practices part-time in Muskegon Michigan.  He has collected coins since he was about 10 years old. He grew up in Kansas City, MO and his grandmother was a collector who got him interested in collecting.  In his early collecting days, he collected what he could afford, helped out by purchases made by his father, from local coin shops, mail order, and occasional coin shows.  His interest grew through the years and he worked at George Fletcher's Coin Shop in Kansas City for many years on Saturdays, until he turned 18 and started college.  Collecting went on hold through his years of college and medical school

Once he finished his pathology training at the University of Michigan in Ann Arbor, he began collecting again.  It was around 1993 and certification had begun.  His first purchases were higher-end type coins including an 1892 Barber Half in PCGS MS 64.  Within a few years he began a set of certified Barber halves in grades MS 64-65.  His talk will focus on the building of a top-end registry set which he completed in 2015 and sold at auction in January 2016. 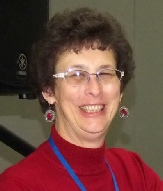 Love tokens have been a part of collecting history for many people over the years.  Join Kathy as she discusses the history of love tokens, both abroad and here in the United States, how they were (and are) engraved, the coins they used, and what kinds of jewelry were made.  A 15 minute dvd about love tokens will be shown, and a powerpoint presentation will show examples from Kathy’s collection.  She will also be bringing some real love tokens for all to see.  Plan to join us for a look into the past at some fascinating pieces!

Former MSNS board member and president and life member will give his presentation on decades of experiences backed by a wealth of knowledge and first hand involvement related to the coin hobby both past and present.

Clifford was introduced to the world of coins in 1950 at age 10.  Since then he has been an author, editor, publisher, corporate manager and consultant.  He has worked closely and hand-in-hand with persons such as Q.David Bowers, Chet Krause and numerous hobby giants.  He has been a life member of ANA for more than 60 years as well as serving on the ANA board and eventually becoming president.  He is the recipient of numerous awards and honors both nationally and internationally.  He has spoken to the US Congress on matters related to numismatics and served on various government related committees.  Clifford was a founding member of the Tokens and Medals Society (TAMS).  His experiences are of a life time and will capture the minds, memories and imaginations of all those that attend.