On December 5th, 2008, MSNS lost a good friend. Judy Slate passed away that Friday night. According to her daughter Julie, she went peacefully. She had gone for her nap and did not wake up. That morning she had wrapped her Christmas presents and talked about what Heaven was. Julie also mentioned that they talked about her late father, Bill Slate, because his birthday was on the 6th of December. 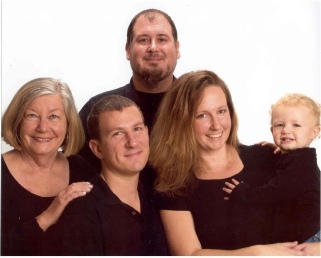 Judy Makovy Slate was born in Floresville, Texas on June 7, 1944 to Joe Peter Makovy and Sally Kopecki Murks Makovy. She graduated from Luther Burbank High School in 1962 and from Texas State College in 1967 with degrees in Biology and English. After graduation, Judy worked at Biomedical Research Center at Southwest Foundation for Research and Education with small animals. She married William Blanchard Slate on July 20, 1968. Although Judy spent most of her married life in Michigan, her heart was always in Texas.

I found out about Judy’s condition when I sent her an email asking her if she was planning to attend our MSNS Fall Show to present the Slate Award herself, as she had promised me she would do a year before. It was difficult for me to hear of her illness.

Judy Slate was a very good friend of mine. I have known the Slate family for years. Bill was the person who actually inspired me to exhibit, and was my mentor. He was an avid collector. Bill inspired his family to collect and exhibit at MSNS shows. They all won numerous awards. Bill was a writer for numerous publications, editor of foreign currency catalogs, a numismatic judge, and an MSNS Governor. He was also a member of numerous coin organizations, and had won several “Best of Show” awards at various shows. He was known for his specialty in “Landmass” collecting and exhibiting. After he passed away in 1995, Judy and the family established the Bill Slate Award for the best topical exhibit at MSNS. I am proud to say that I was the first winner of that meaningful award.

Judy worked in the Geography Department of Michigan State University. I remember going to visit her there when I went to repair the department’s copy machine in the early 1990s. She worked there until 2001, and then moved to Texas to be close to her three children--Julie and Paul in Dallas, and Jenny in Houston. She worked at the 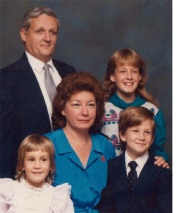 University of Texas in San Antonio, in the Department of Management and Technology. Judy retired from the university on October 31, 2007.

After her retirement, she decided to buy a baby grand piano, which she always wanted to have, and signed up for some lessons to improve her skills. Her first lesson on that piano was the first piano lesson she had taken in 40 years!

In addition to her three children, Judy is survived by Julie’s daughter, Caitlyn.
Much of the information included here was gathered from the “Care Pages” website. It was amazing to follow this courageous woman through her pain, hopes and small victories until the end of her life. We will all miss her. I know I will.