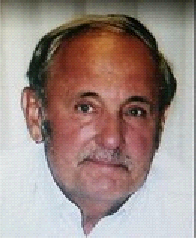 In 1948 a young man, growing in his interest in the coin hobby attended the first official meeting of the Grand Rapids Coin Club with his father.  That young man was Don Chandler who later went on to become club president, board member and mentor to several future collectors and dealers.

Don passed away on August 18, 2018 from complication associated with lung cancer at the age of 88.  He leaves behind 4 children and his wife of 64 years, Nancy, as she assisted Don at nearly every coin show he attended under the dealer name of Maple Leaf Coins, specializing in Canadian and world coins.

In his younger years, Don excelled in football and baseball.  At one time he played for the Grand Rapids Sullivan’s, a semi-pro team at the time.  He later went on to serve in the US Marine Corp rising to the rank of captain during the Korean War years.  He later served as commander of the US Naval and Marine center in Grand Rapids.  Don later retired from General Motors and Penske Corporation.  Don and Nancy both went on to volunteer services at the Grand Rapids Public Museum which still continues with Nancy.  Don showed his dedication to the coin hobby by creating, developing and updating the entire numismatic collection of coins and currency, an ongoing display, for the Grand Rapids Public Museum.  This love and commitment to numismatics was displayed at his funeral memorial service which was held at the Museum near his beloved numismatic exhibit.

Don was a monthly attendee at the coin club meetings and a regular dealer at the monthly Grand Rapids coin shows as well as the semi-annual MSNS Convention and Coin Shows.  He mentored many new and ongoing collectors and dealers also volunteering to lead and assist in many activities for the clubs.  Don served as an MSNS board member representing the needs and interests of the West Michigan area at a time when it was critically needed.  His passion had always been the educational needs of our young collectors.  He donated coins, currency, books and most of all, his time to this endeavor.  This writer had the privilege and honor to be one of his friends and a mentee.  Don was always there to answer my many question about world coins and currency without hesitation, never asking for anything in return.  I spoke with him briefly a short time before his passing.  The fact that he recognized my voice and acknowledged me by name was a great honor from a dear friend.  His presence will be missed by his many, many customers and friends.  His grandson, Greg, who worked for many years with Don when not in school, has stepped in to help at the coin shows.

Don was the true numismatist and did more than just talk about it.  He was always there for all of us.